Everything You Need to Know About Ramen

No longer are Japanese dishes a novelty around the world. From sushi to ramen, Japanese cuisine has become globally popular. And without a doubt, Japanese ramen noodles make for one of the most loved comfort foods across the planet.

The History of Ramen

We should start by pointing out that ramen, even though a Japanese staple dish today, has actually originated in China. The mix of tradition and cuisine has led to a rich variety of ramen recipes. Ramen is prepared with Chinese-type wheat noodles, the kind we can find today in many Asian restaurants.

The cultural contact between Japan and China happened in the middle of the 19th century when the Japanese country started welcoming the merchants and travelers from all over the world. At the time, Chinese noodle soup became very popular thanks to its comforting taste, nutritional value, and cheap price.

The Japanese adaptation of Chinese recipes caught on rather quickly, resulting in many a street stall to start selling ramen, with different varieties appearing throughout the regions. Once known as Shina-soba or Chuka-soba, the term Ramen is widely in use today.

The main differentiating aspect of Japanese ramen compared to Chinese soup is the umami taste of the broth. The true soul of good ramen, it’s precisely the broth that makes the dish unique and highly regarded.

The Anatomy of Ramen

Broadly speaking, ramen is a bowl of wheat noodle soup made with a pungent broth and accompanied by various ingredients, added as toppings. The soup can be hot or cold, with meat and/or fish, or vegetarian, spicy, sweeter, and so on. The common practice involves preparing the broth first and serving it in bowls, with the noodles and toppings placed afterward.

Tare makes the soup’s essence as it’s basically a very flavor-concentrated sauce. It’s typically placed in the bowl first before adding the broth.

As mentioned, the broth is considered the true soul of ramen. Even in Western cuisine, the broth is an essential ingredient for many dishes. Given their richness and variety, it’s difficult to classify them, although we could distinguish them according to their consistency or lightness. That said, the most popular broth types include:

There are many different types of ramen noodles, although they are all made with wheat flour. The term Ramen actually refers to noodles and comes from the Chinese words la (to stretch) and mian (noodle). There are thicker or thinner noodles, more or less curved, etc. Noodles can contain eggs and are made with kansui, carbonated water that gives them elasticity and the typical yellowish color.

There are no rules when it comes to the ingredients that top and accompany the noodles in the soup. That said, it’s possible to use meat or fish, as well as go vegetarian. The toppings typically differ from region to region. Some of the most popular toppings include pork, bacon, minced meat, crab, prawns, mushrooms, bamboo, seaweed, boiled/raw egg, spring onion, and so on.

As mentioned, there are many different types of ramen and new recipes are constantly emerging. As there is no single be-all-end-all formula, each chef and each family have a lot of room to innovate, play and adjust the ingredients, following trends or seasonal products. But some more typical region-based specialties do exist. 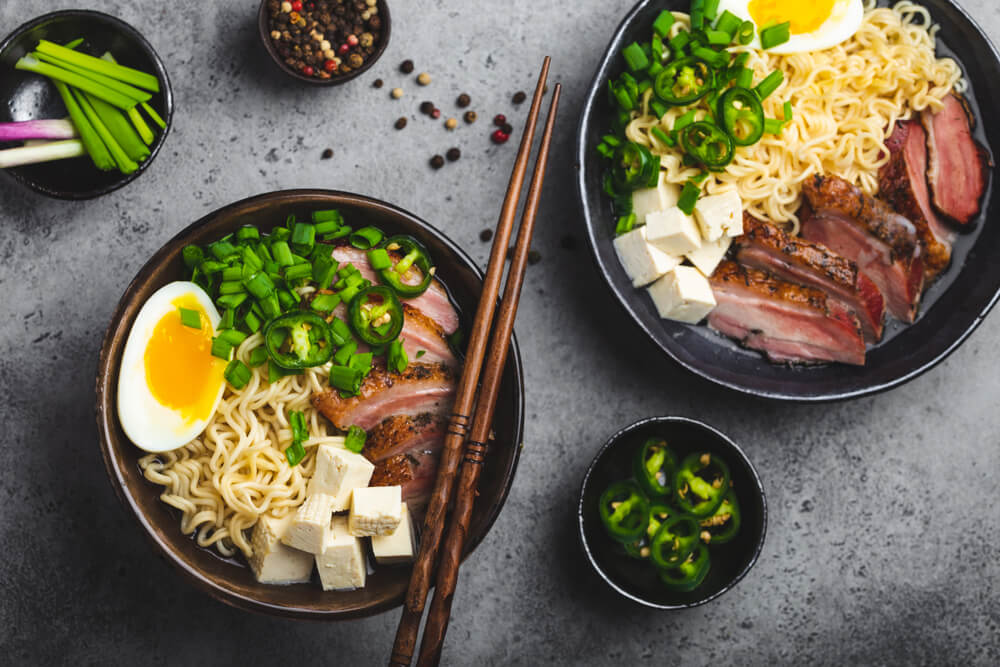 How to Eat Ramen?

Unlike with sushi, there aren’t too many rules when it comes to eating ramen – as long as you make it obvious to everyone around just how much you enjoy the dish. That said, loud slurping noises, splashes, and even an occasional stain are all part of traditional ramen eating. While chopsticks are typically used for taking smaller bites and grabbing the noodles, you can also use the spoon to eat better or to drink the broth, which can also be drunk directly from the bowl.

Today, ramen in Japanese culture is considered to be one of the staple dishes. Not only is this a popular meal to make at home, but it’s also a hit among the street stalls and restaurants. There are even store-bought instant versions of the dish. And if you dearly desire to try this particular specialty as well as other amazing Asian dishes, don’t hesitate to pay us a visit at Ichimora. We pride ourselves on delivering top-notch Asian meals with the warmth and comfort of our relaxing restaurant ambiance. 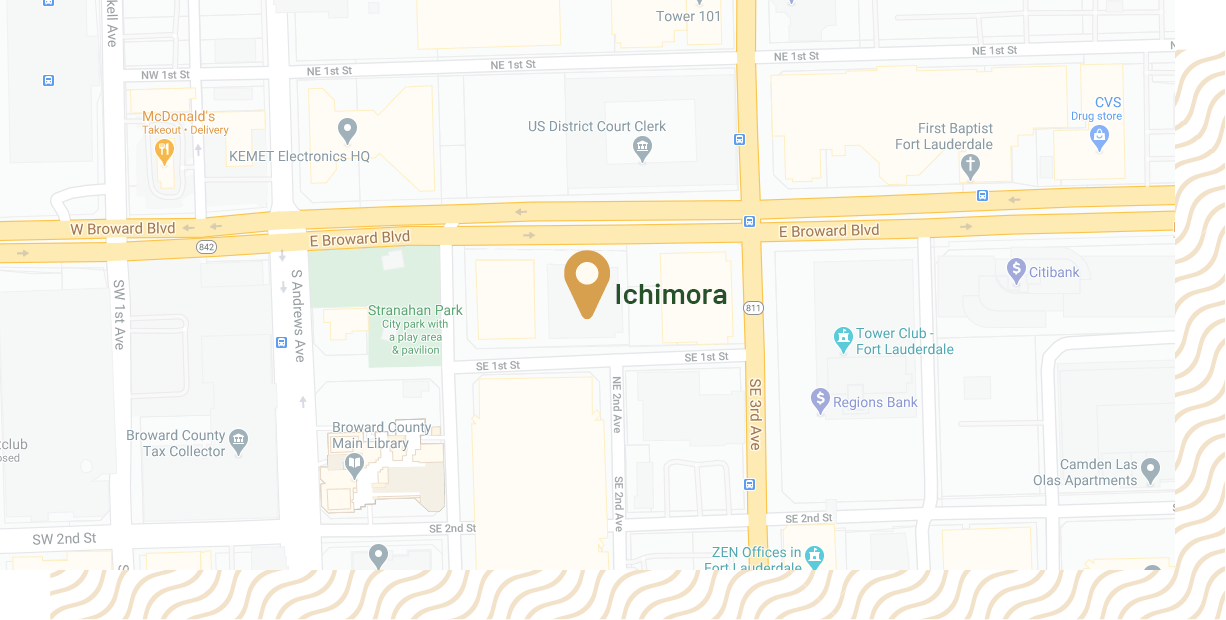